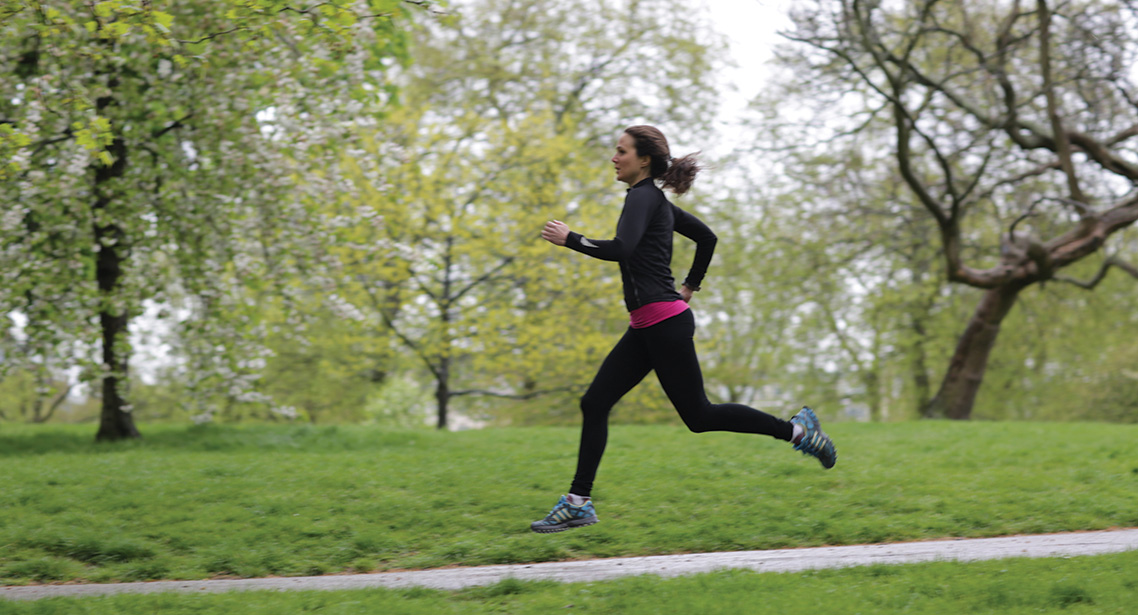 Running: it’s all about your core

I didn’t discover the true meaning or value of core strength until I’d hung up my long distance running shoes. Looking back, I now think what a missed opportunity it was; had I integrated yoga into my marathon and ironman® training programmes, perhaps I would have been just that little bit quicker, a little less prone to injury and a little faster to recover after a race.

As a runner, and later a triathlete, I only ever focused on the disciplines themselves, thinking that time on my feet, bike or in the water was the best way to increase my speed and endurance. Yes, I stretched a little bit after training to prevent next-day achiness, but I never dedicated time to properly lengthen my muscles or build my core strength. Perhaps I was unaware of the positive impact that it could have on my performance, or perhaps I just chose to ignore it, favouring a quick-fix stretch after a run rather than committing to a longer term focus on building my flexibility and strength.

It’s a shame really, because it’s been proven that to be a good runner, you need core strength.  A 2009 study in the Journal of Strength and Conditioning Research found that after six weeks’ core strength training, runners were found to have a significantly faster 5K time.

Your core muscles are those that surround and stabilise your torso. If you imagine your core as a cylindrical room, the ceiling is your diaphragm, the floor is your pelvic floor, the walls are your abdominal and back muscles and your hip flexors are like two supporting pillars on either side. It is the action of these muscles contracting and working together that provides support for the spine and pelvis during movement. Also intrinsic to this are your glutes, hamstrings, quadriceps, adductors and ITB because they all connect to your core.

So, why is core strength so important for runners? Essentially it’s because the core is the vital foundation for all of the body’s movements. Each group of core muscles has a function during running. The glutes stabilise your pelvis; the hamstrings and quads control the extension and contraction of your legs and the ITB stabilises your hip and knee joints. When contracted, your abs and back muscles stabilise the torso.

A strong core means that the spine and pelvis are supported which means that the body is stable, balanced and equally aligned during movement. This improves your form, and therefore your efficiency and speed, and lessens the risk of injury because peripheral muscles aren’t put under unnecessary pressure. Often the back, knees, ankles and hips suffer because of muscular weakness and imbalance. If one part of the body is damaged or weak then another area has to compensate which then leads to imbalance in the body, misalignment, pressure on other areas and ultimately injury.

And the thing about yoga is it doesn’t just work on building strength, it also develops flexibility in the body at the same time. This is important because there needs to be a balance between the two. This isn’t just because of the benefit of nimbleness and freedom of motion during and after a run. Tightness in the body can often cause weakness because the brain will limit mobility in tight areas and make other areas work harder to compensate. This again causes imbalance and unnecessary pressure on other areas of the body. So as well as strengthening, we need to lengthen; and yoga has that covered. 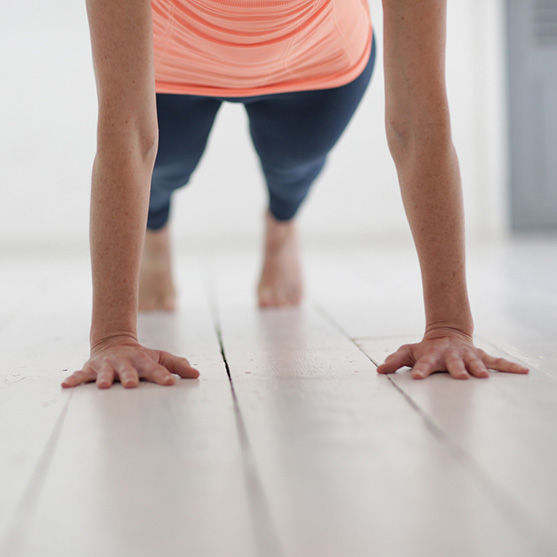 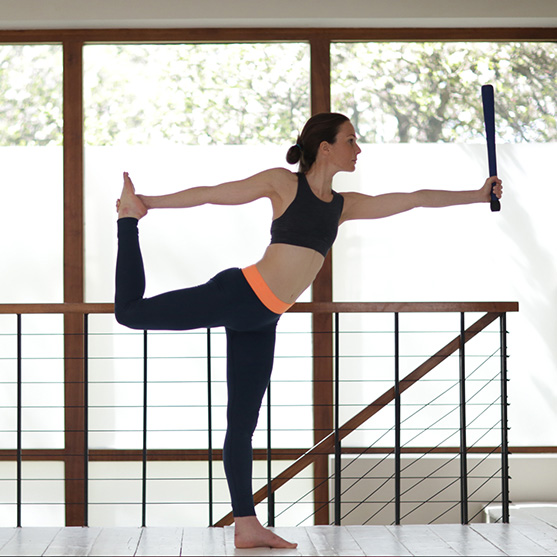 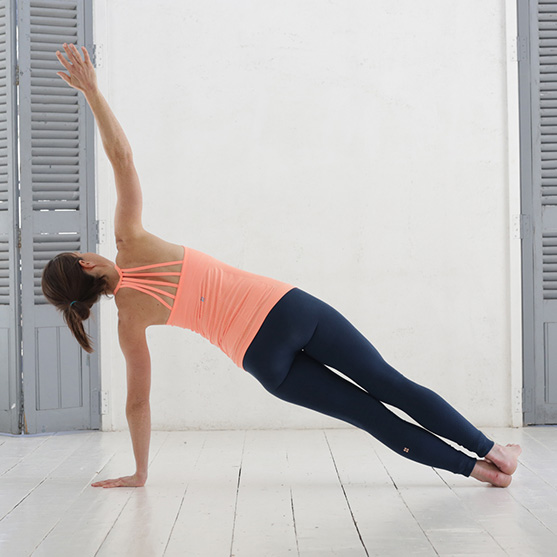 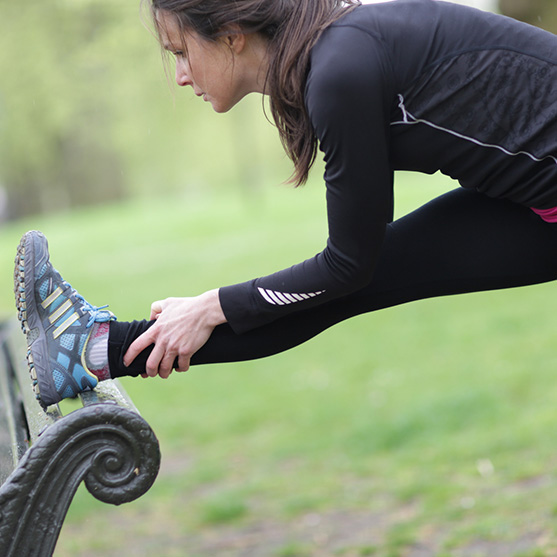 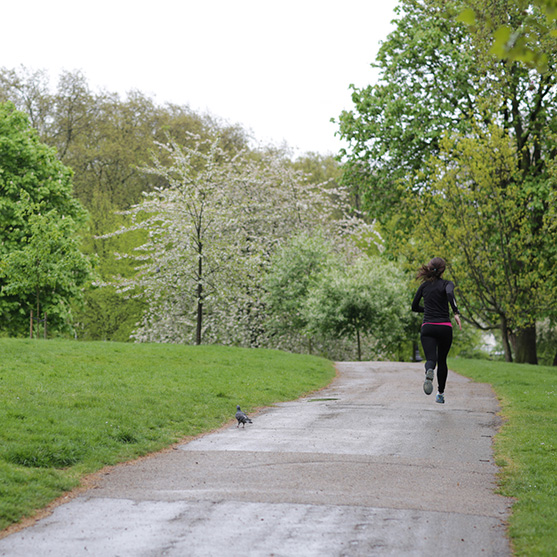 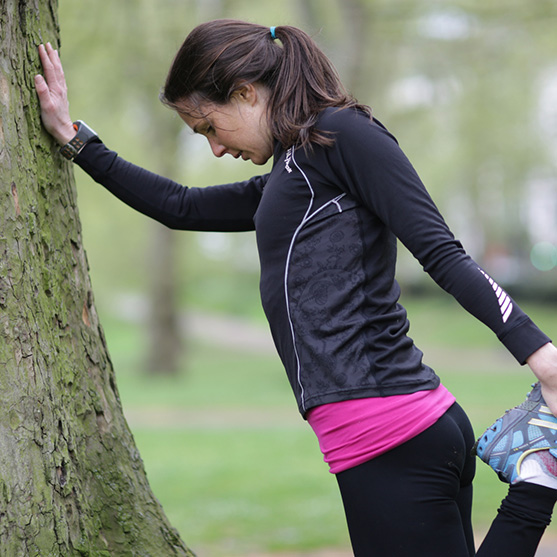 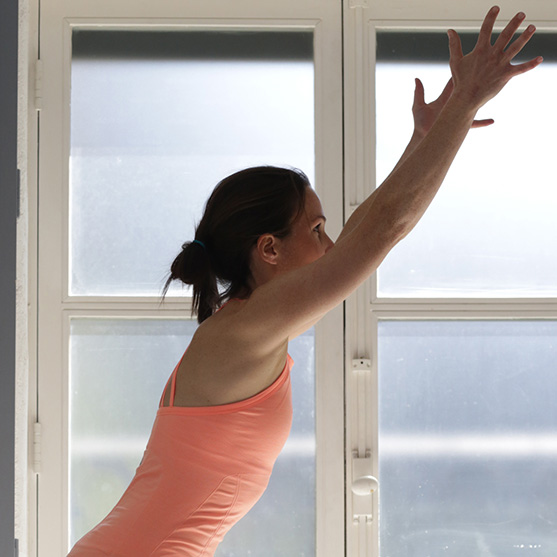 So, given the proven benefits of yoga, what’s stopping runners from regularly stepping onto a mat? I think there’s the perception that yoga is a bit airy-fairy and floaty, that it’s for lazy people who want to pass stretching off as exercise. I probably thought the same, until I became curious and took the plunge. For me, there was no dipping my toe; I jumped straight in and went on a Yoga Retreat. And after a weekend of twice-daily yoga classes I can honestly say that I felt muscles in my body that I had never felt before. It challenged me in ways I’d never experienced: holding standing poses required muscle endurance, and my core strength was tested in every way, from practicing balancing, inversions and planks. It was the first weekend in a very long time where I didn’t feel the need to push myself to do some form of cardio.

The yoga was enough. I discovered that you don’t need to sweat to work your body, nor do you need to push yourself to the extreme to feel the benefits. Better still you can leave a yoga class feeling open, stronger, taller and connected with your body rather than shattered, tight and achy. What’s more, I rediscovered the joy of being able to touch my toes.

I was reminded of this fresh take on yoga a few months ago after one of my Yoga for Runners workshops, where I heard one of the guys say, with an element of surprise in his voice ‘That session was harder than a 10 mile run’. He wrote to me the next day to say ‘I woke up feeling more nimble than ever’. And the wonderful thing is that now he has been coming to class regularly ever since, the strength, flexibility and mobility of his body are leaps and bounds above were they were. Perhaps his 10 mile runs are also just a little bit swifter too.